Last month a client was invited to appear before the Dáil’s Public Accounts Committee (PAC), not as a witness required to account for the spending of public funds, but instead to give expert evidence in an area where they are regarded as global leaders.

As someone whose job is to advise clients on their public affairs and communications approach, in light of recent criticisms of the PAC, it was only natural for me to consider whether it was in that client’s best interests to appear before the PAC at all.

Ultimately, I advised them to do so.  Perhaps my rationale was based on my personal belief in the importance of and capacity for parliamentary committees (when functioning optimally) to drive transparency and compel accountability in all areas of public life.

But an appearance before the PAC can also facilitate a meaningful two-way exchange between the “witness” and Committee members: for the former, to set the record straight on a particular issue, and for the latter, to expand their knowledge and understanding of that issue.

Yet recently, the reputation of the PAC took a further battering when it was rapped on the knuckles in a Supreme Court judgement handed down by Chief Justice Frank Clarke. The Court found that the form of questioning the PAC took when interviewing ex-Rehab CEO Angela Kerins on charity bosses’ salaries was “significantly outside its remit”. The judgement opens up questions on the work of the PAC and its long-term role.

How you communicate matters

The PAC, the Dáil’s oldest and most powerful committee, was once the poster child for effective parliamentary inquiry, bringing to the fore issues of ineffective State spending and poor value for taxpayers. The DIRT scandal of the late 1990s, which exposed blatant tax evasion across Ireland’s business community, is one of the PAC’s most impressive and noted contributions to Irish public life.

Fast forward twenty years and it’s the PAC itself, rather than the issues it investigates, that often make the headlines. The PAC’s detractors in the body politic and the media accuse its members of a multitude of offences, including pursuing witch-hunts against those who appear before it; playing the man and not the ball; straying into the remit of other Committees such as Health or Finance; using the PAC as a political platform to play well with local and national audiences; and even using the PAC to increase their personal profiles.

Many PAC members have strongly refuted these allegations, defending both their personal approach and the necessity of the tactics they have pursued.

The truth, as is so often the case, appears to lie somewhere in between.

When the work of the PAC is viewed strictly through the prism of its defined role —to examine areas of public expenditure audited by the Comptroller and Auditor General—then it’s clear that numerous issues investigated by the PAC have, at times, stretched beyond this narrow remit.

Much as this stretching has grated with many, particularly those in Leinster House itself, the PAC’s form of questioning and approach has equally, and perhaps even more, irritated internal and external stakeholders, be they politicians or public servants.

When simplistically considering its defence of the public interest, the PAC may have much less to answer for than it has in seeking to justify its highly charged, overtly confrontational style when dealing with witnesses.  Just like in a court of law, the PAC’s members have a responsibility to maintain their composure, treat their witnesses with respect and avoid the temptation to make it “personal”.

Equally, for both sides—witnesses and members—clarity of communication is key to ensure that the PAC can be at its most effective. For members, this means being better prepared with research and facts in advance of questioning witnesses. Witnesses, such as our client, should come armed with relevant information and data, communicate with clarity, avoid jargon, and seize the opportunity to explain their position, rather than avoid questions.

The power of the PAC

On the types of issues that the PAC has sought to investigate, such as penalty points, charities regulation or, most recently, the National Broadband Plan and the National Children’s Hospital, many politicians have argued that they should be instead investigated by their relevant Oireachtas Committees: Justice, Communications, Health and so on.

Perhaps.  But can we have confidence that these Committees have the ability and capacity to do so? Do they have enough public trust and regard to encourage whistle-blowers to come forward, just as Sergeant Maurice McCabe did with the then Chair of the PAC, Deputy John McGuinness?

The “can-do” track-record and reputation of the PAC to date has ensured that awareness and confidence in it stands way above all other Committees; it has served taxpayers well in exposing wastage of public monies and defending citizens’ rights.

Two recent examples of its effectiveness come to mind. On 14 February, the PAC considered the “MANs”. The MANs, or Metropolitan Area Networks, are State-owned broadband networks that provide a link to the “last-mile” broadband connections provided by all the main commercial telecoms companies. All MANs in Ireland have been operated and managed commercially by a single operator under State contract since 2004.

Internationally, the wholesale price of MAN connections has been in decline for many years. Over the 15-year lifetime of this State contract, however, the price remained unchanged, resulting in Irish consumers paying well above industry norms.

Despite opportunities to raise this issue, the Communications Committee never did. Yet the day before the PAC was due to investigate the MANs, it was announced that the price of these connections would be reduced by 50%. Coincidence?

The spiralling cost of the National Children’s Hospital, now under review by the PAC, is another example. While the Children’s Hospital was considered by the Health Committee on a number of occasions in 2018, its cost was never raised.

Neither of these examples are intended as overt criticisms of either Committee, but they do highlight the fact that if the powers of the PAC are to be curtailed, other Oireachtas Committees must undertake more rigorous scrutiny and investigation and become more forensic in their approach, with enhanced access to expert support staff as required.

A curbing of the powers of the PAC cannot allow a vacuum to develop which undermines the objective of protecting taxpayers, which the PAC has strived to champion. It’s fair to say that reform is now required to foster more effective and appropriate parliamentary inquiry by the PAC and all Oireachtas Committees. But what should not be sacrificed is the legitimate investigation of public spending, irrespective of which grouping of elected representatives undertakes it. 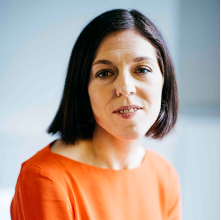