This article also appeared in the Irish Independent on 7 September 2018. 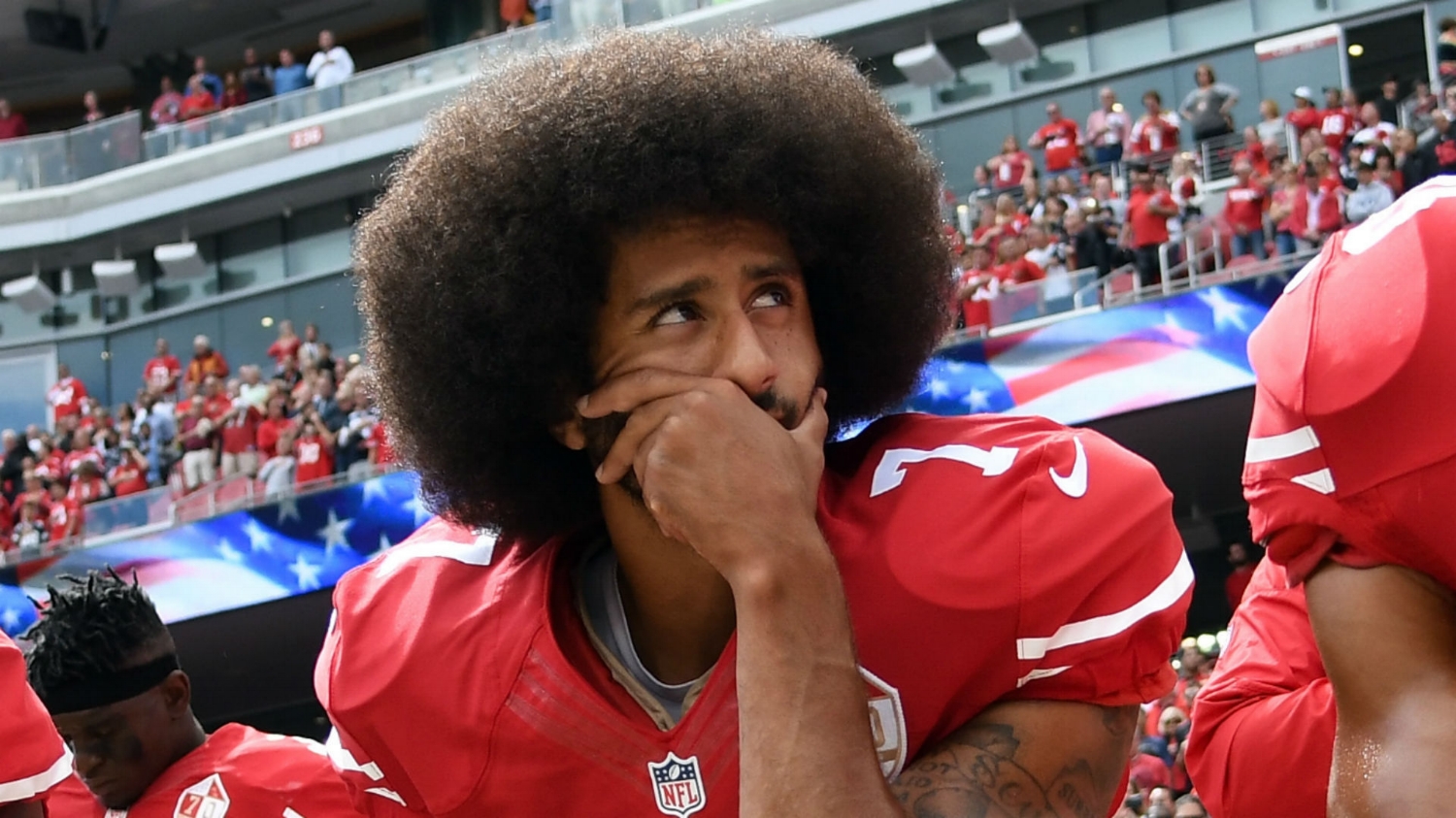 Nike revealed on Monday that former NFL quarterback turned activist, Colin Kaepernick, most famous in this part of the world for taking a knee during the US national anthem to protest racial injustice and police brutality, would be one of the leading faces of its 30th anniversary ‘Just Do It’ campaign.

Believe in something, even if it means sacrificing everything. #JustDoIt pic.twitter.com/SRWkMIDdaO

Two years on, the Kaepernick story still dominates the NFL narrative and polarises public opinion.  The out-of-work NFL star, depending on your political sensibilities, is either a traitor to the flag or an athlete of true conviction, prepared to jeopardise his career to bring about social change.  Many have hailed him as the latest hero to emerge from a proud lineage of politically outspoken African-American athletes that can be traced back to the iconic legacies of Jackie Robinson, Muhammad Ali, Tommie Smith and John Carlos through the 1960s and beyond.

With the NFL season formally commencing this Thursday, the League and its franchise owners continue to invest an inordinate amount of time and resources desperately trying to silence Kaepernick and the movement he has created.  They blackballed the former San Francisco 49ers quarterback and teammate Eric Reid. They threatened to fine or cut the players who joined them in protest. They then created a ridiculous new national anthem protocol ahead of the new season that has only succeeded in pouring further fuel on the flames.  In short, the NFL and its owners have made it very clear which side of the debate they sit on.

A long-time and trusted partner

Nike, for its part, is one of the NFL’s key corporate partners.  In March this year it signed a ten-year contract extension with the League.  At the media day, Brian Rolapp, the NFL’s head of media paid tribute to Nike as “a long-time and trusted partner”.

Therefore, its decision to break ranks with the NFL’s party line and make Kaepernick one of the leading faces of the campaign suggests the two organisations view the debate in very different terms.  While news of the campaign has generated largely predictable headlines and the usual glut of parody memes, the most intriguing element of the story lies in Nike’s own motivations for backing Kaepernick.  Has it found its soul or is it purely a calculated commercial decision?

If one was to consider the various milestones that saw Nike grow into the $29 billion dollar sports empire it is today, its partnership with Michael Jordan, first signed in 1984, serves as one of the most significant.

The partnership, now in its 34th year, has generated billions of dollars for the two parties and created the blueprint for modern-day sports sponsorship.  Jordan, now 15 years into retirement, continues to sit at the top table in terms of sport’s highest-earning athletes.  If Jordan’s slam dunk silhouette is burned into the psyche of even the most casual of sports fans, so too is his  frequently dredged up explanation for his reluctance to weigh in on political matters: “Republicans buy sneakers, too.”

Does Kaepernick finally give Nike an opportunity to break free from this hackneyed lesson in corporate tongue-biting and position itself as a ‘woke’ brand determined to be on the right side of history?

To its credit, Nike has been consistent on this issue.  This time last year, it issued a statement in support of player protests, backing athletes’ right to “freedom of expression on issues that are of great importance to our society”.  This mitigated against the brand falling into a Pepsi-shaped hole of cynical opportunism.

They knew there would be a backlash. One side would receive the campaign with disgust and the other with a mixture of praise and mild suspicion.  48 hours later and the short-term outrage is already beginning to subside as unhappy tweeters move on to the next partisan news story.  Only time will tell how real these proposed boycotts will become, or whether they will offset against the campaign’s tens of millions of dollars of free publicity.

Critically, Nike appears to be an organisation that paid attention in history class.  Kaepernick and his colleagues are playing the long game, and history tends to judge events in these terms, too.  The American civil rights movements were wildly unpopular in the 1960s, even among many of the people they sought to represent.  We now look back on these moments as crucial turning points in US history.  Most reasonable people will in time (if they don’t already) view this protest in similar terms.

Nike has recognised as much, betting a very large endorsement deal that Kaepernick will one day be seen in the same terms as Muhammad Ali. Crucially, when these images of Kaepernick’s resistance become ingrained in the wider cultural archives, they will be emblazoned with a Nike swoosh.

Corporates like Nike aren’t in the business of making long odds bets.  If Kaepernick’s actions represented a major career gamble on his part, Nike’s approach might be better described as part politically significant gesture, but ultimately a calculated business decision.

At a time when consumers value authenticity above all else, brands feel more compelled than ever to ‘have an opinion’.  Yet when a major corporate—especially one like Nike—weighs in on a social issue as multifaceted and explosive as race, cynicism is probably a healthy starting point.

In recent years, Nike has batted away allegations of its use of Asian sweatshops and abuse of child labour laws, not to mention its dubious support of tainted athletes such as Lance Armstrong, Michael Vick and Maria Sharapova, as well as its prominence in the Paradise Papers scandal.  The simple reason they have weathered these storms is because there was a business rationale for doing so.

While we continue to ponder Nike’s motivations, the brand certainly comes out of this story in a more enviable position than the NFL.  If the NFL has failed to capitalise on one of its cultural breakout stars of the last 24 months, Nike isn’t making the same mistake.  As the League continues to dither, floundering in its attempts to keep owners, sponsors, players and fans all onside, Nike has found a way to marry its commercial and PR smarts with a keen understanding of a changing zeitgeist and an opportunity to future-proof the brand.