Leadership and teamwork: learning from the French World Cup team 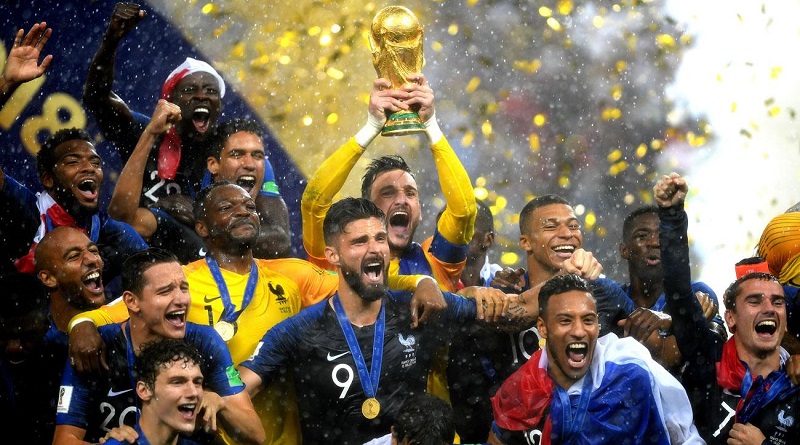 In an article published on 28 June in The Times, the day after Germany’s shock 2-0 defeat to South Korea in the group stages of Russia 2018, Martyn Ziegler claimed that there “were…suggestions that [German midfielder Toni] Kroos avoided passing to the inexperienced left back Marvin Plattenhardt because he did not trust him.”

What if Marvin and Toni had listened to each other? What if they had been clearer in communicating on and off the field? Would the then reigning World Cup champions have avoided a complete embarrassment and not finished bottom of their group? We will never know.

However, it’s clear to see from the World Cup Final result that the French team did listen to manager Didier Deschamps. So what was the difference between France and all other teams in this year’s World Cup? What led to their success?

Among their many standout attributes in this tournament, France displayed effective team communications, a quality that has frequently been found wanting in very talented French sides of the recent past.

Being able to communicate effectively with your team, from management down, laterally in a company structure, and upwards from the most junior team member, is an important element that drives success.

It’s hard to imagine that in a successful dressing room, boardroom, or team meeting, someone would offer their two pence worth before disengaging from other team members’ ideas. But listening skills in a team situation don’t come easy. It takes practice to be proactive, effort to pay close attention, and skill to both understand and demonstrate your understanding with clarity and confidence.

There are times when you won’t get to ask a question. The most successful communicators use their body as a powerful tool. Eye contact, body language and hand gestures wrap the non-verbal message you are trying to convey in a different tone and colour. The best communicators use this to their advantage.

Concise messaging on the football pitch and in the boardroom

In the spur of the moment, on the football field in the World Cup Final or in a business situation, concise, clear messages are incredibly important.

Whether it’s written or spoken, conveying your message in as few words as possible avoids confusion and non-action. But those words need to be simple, relevant, personal, and backed up with evidence relevant to the receiver.

Take England. Gareth Southgate’s set pieces (of which 50% were converted) looked complicated, intricate and ultimately confusing to the crowds gathered in a sunny beer garden.

However, the delivery of the ball from Ashley Young or Kieran Trippier was not a hit-and-hope affair. The way the English players approached each corner and relevant free kick was calculated, practised, simple, and executed to near perfection. A sense of responsibility meant every player knew what they had to do to ensure success for their team.

Southgate had a clear campaign in place:

This kind of success comes from a change in personnel developing the campaign and in turn communicating the key message(s), a change in style and tone of that delivered message, and from a collective self, unity and confidence.

In the 69th minute of the World Cup Final, French captain Hugo Lloris made a huge error gifting Croatia their second goal with 21 minutes to play. He had only conceded five goals in the tournament up until that point, over 10 hours of football. However, immediately after he conceded this goal, he gave instructions to his players. They listened, they acted, and the team took control once again.

Clients will often push back on our communication strategies because they feel they know best. But, as PR advisers, it’s our job to give and take feedback, consider your best options, design a plan, and implement that plan with authority.

Toni and Marvin did not engage in this process. That caused distrust, disrespect, and played a part in the failure of the then reigning World Cup champions.

For success, embrace the Deschamps and Lloris philosophy. Listen, ask the right questions, communicate through words and your body, respect, trust, and be open to feedback.