The circulation of viral social media content has become a mainstay of the modern election campaign. In the past few months, you might have seen the video clip of Texas Democratic Congressman Beto O’Rourke answering a question about NFL players kneeling during the National Anthem.

The clip has racked up more than 44 million views across social media platforms such as Twitter, Facebook and Instagram. Similarly, you may have seen countless memes, gifs and videos making fun of his rival, Republican Ted Cruz since his Presidential bid in 2016.

Much of O’Rourke’s rise to prominence can be attributed to substantial social media activity, even though he has been a seated member of Congress since 2013.

O’Rourke’s online presence portrays him as an electric, youthful and authentic candidate, often described as “Kennedyesque”. Meanwhile, Cruz, as much as he has tried to address them, has serious likeability issues, and his constituents, his party and even his President have criticised him for them.

Despite these differences in apparent affability, Cruz won his Senate seat in 2012 by a 16% margin, he beat Donald Trump in the Presidential primaries by 17% in the state of Texas, and he remains ahead of O’Rourke in the polls, albeit by a narrow margin.

Cruz’s polling data aside, O’Rourke is the clear online favourite—but does a thriving digital campaign translate into success at the ballot box? There is no definitive answer, and online popularity versus electoral success has caused much ambiguity in many recent elections, particularly in the US.

In the recent New York gubernatorial race, the online popularity of incumbent Andrew Cuomo paled in comparison to his rival Cynthia Nixon, who seemed to gain momentum with every passing week—yet Cuomo won more than 65% of the vote in the Democratic primary.  Much of this can be attributed to social media echo chambers, but the role of empty advocacy has also begun to play a larger part in the evolution of online political communications.

O’Rourke’s viral NFL clip is just one of the many pieces of content that has garnered attention. Every day, his Facebook account posts new videos of rallies, lunch stops and most recently, a live ad, all of which aim to include supporters in every aspect of the campaign.

He has appeared in a number of hugely popular videos, skateboarding through parking lots and air-drumming in his car, most likely a carefully crafted image created by his campaign team to give him the appearance of a genuine and fresh candidate (although he recently claimed that he alone is responsible for his Twitter account). However, while a lively and popular online presence can boost a reputation, there’s no evidence to suggest that it boosts voter numbers.

Both candidates use Facebook video to communicate with their individual bases, but the content and frequency of the output varies massively. Cruz posts less frequently and the tone of the posts is largely aggressive, while O’Rourke posts several times a day in a more intimate and casual manner.

Intriguingly, the Cruz videos have a higher level of engagement than O’Rourke’s.  This could very well be due to the fact that the posts are less frequent, or because they contain a more direct, pointed message.

This begs the question: does communicating in person and at rallies have more of an impact than attack ads or sly digs? While ultimately the answer to that question won’t be apparent until 6 November, the sudden and unexpected momentum behind a Texas Democrat suggests that his approach to comprehensive, integrated communications has, so far, been successful, leading to a narrowing gap between both candidates in the polls in recent months.

Moving people to the polls

Inspiring the public to move from the armchair to the polling station requires a persistent, targeted campaign. While social media is the ideal channel for this, as humans, we have an unwavering desire to feel valued and listened to: studies have shown that interpersonal interactions still play a key role in a voter’s decision.

Among the two candidates, there seems to be an acceptance that traditional rallies, debates and meet-and-greets are just as important as online communications. In fact, a staple argument during the first debate between O’Rourke and Cruz was that only one candidate travelled to all 254 counties in the state of Texas and was listening to what the residents were saying.

Although social media has been a useful tool for targeted communications with a younger voting demographic, it has yet to be effectively used to communicate with voters across a broad age spectrum.

In Ireland in particular, door-to-door canvassing remains an election staple, and two significant referenda have shown that while social media campaigns can be hugely influential, interpersonal discussions dominate. A multi-faceted approach to campaigning, combining new and traditional tactics, has proved the most effective.

While it remains to be seen if social media will fundamentally change the landscape of political communications, it is undeniable that it is causing a major shift in how candidates are interacting with their online base.

This Texas Senate race could also serve as an example for Irish Presidential candidates in the build-up to the 26 October election. In terms of online communications, there is an opportunity for each candidate to engage their voter base.

So far, none has made a substantial mark on social media, though they have been taking to the streets to shake hands and have their photograph taken. This lack of a distinguished online presence creates ample scope for the exploration of social media channels, for whichever candidate is first to utilise them. Although an online presence is half the battle, a fully integrated campaign could make all the difference come polling day. 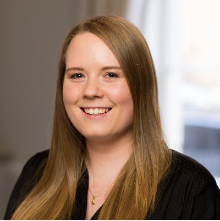 Amy is a Digital Executive at PR360. She helps clients to build brand awareness and connect with their audience using social media. Amy likes keeping up to date with the latest social media developments and bringing fresh ideas to a project, usually with a cup of coffee in hand.