This week, following an internal investigation, FBD Holdings chief executive Fiona Muldoon was cleared of a complaint made against her by a senior member of her staff.

The investigation first came to public attention on Friday, 29 June and concluded less than seven weeks later with a short statement to investors after the close of the stock market on Monday, 13 August.

From the outside looking in, the most noteworthy element of this highly sensitive episode was the efficiency with which it was managed by FBD Holdings and the minimal fuss with which it was received by investors, media and customers.

Muldoon, for her part, is one of Ireland’s most high-profile businesspeople. She sits on the board of Bank of Ireland and is a former senior executive of the Central Bank of Ireland. In a short space of time, she has reversed FBD’s fortunes from a company that recorded €85 million in losses in 2015 to a €43 million pre-tax profit in 2017. She is also a formidable media performer in one of the country’s most scrutinised sectors. This is a long-winded way of saying that anything she says, does, or is involved in, is going to have a willing audience.

Despite this backdrop, how did FBD Holdings succeed in minimising any potential negative coverage of the story and emerge largely unscathed?

A strategy grounded in transparency

First, on learning that the story may go public, FBD elected to communicate the investigation to shareholders and media at the earliest possible opportunity.  By pursuing this approach of proactively engaging with investors and media, the insurer was immediately able to dictate the narrative of the story.

Recently, organisations including Independent News Media (INM), An Garda Siochana, the FBI, WPP Group and Uber have all felt the pain of being caught on the backfoot by personnel issues, then floundering when trying to justify their secrecy or inaction to a gathering media that smelled blood. While they lawyered up and retreated to the war room to consider their position, a vacuum was created and their detractors were only too happy to fill this space with criticism.

FBD, on the other hand, exercised the highest standards of governance by tackling the complaint head-on.  Developing the appropriate communications strategy that both protected the interests of the business and was sensitive to the respective parties in question was a central pillar of this corporate governance exercise, even if that meant taking the potentially counter-intuitive (but correct) step of pulling the pin on their own hand grenade by proactively going to media with the story.

The insurer moved swiftly to appoint law firm William Fry to lead the independent investigation, and in doing so, denied anyone the opportunity to question the integrity or impartiality of the process.

The board, led by chairman Liam Herlihy, pushed for the investigation to be completed within a matter of weeks to bring clarity and closure to the issue.  By doing so, they reduced the window for speculation and demonstrated to all onlookers that the issue was ‘in hand’.

FBD also elected to create an ‘Insider List’ of individuals that were aware of the potentially market-shifting matter.  This was an integral means of minimising leaks and holding internal stakeholders accountable. 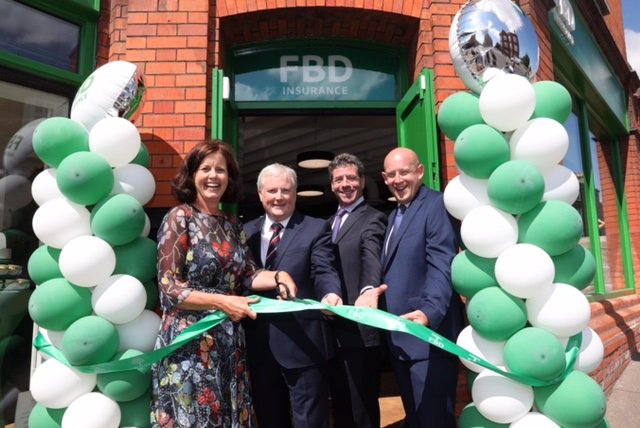 Critically, the company continued to progress with its strategic business plans, including the opening of its newest branch on Baggot Street in Dublin.  The presence of a smiling Fiona Muldoon, Ross O’Carroll Kelly author Paul Howard, and a novelty-sized scissors and ribbon did not reflect the cagey actions of a company in crisis.

Equally, FBD’s half-year results were positively received across the investor community and business media, with the minor caveat that the investigation was ongoing and they were “working to bring it to conclusion”.

It’s true that for seven weeks, clouds hung over FBD—but through intelligent communications and a strategy grounded in transparency and proactivity, those clouds never quite turned into a thunderstorm.  Muldoon was cleared of any wrongdoing and the company’s share price remained relatively stable throughout, opening at €10.50 on Friday, 29 June and closing at €10.85 on Tuesday, 14 August.

In short, smart businesses know that sensitive news stories always loom on the horizon. Burying your head in the sand or retreating to the bunker isn’t an option.  By enduring the short-term pain of addressing an issue head on, businesses will avoid the long, drawn-out pain that inevitably results from hiding.  These diverging approaches will be felt in the performance of the business, its reputation, share price, and the conclusions reached in the parallel and more visceral court of public opinion. 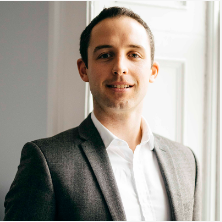