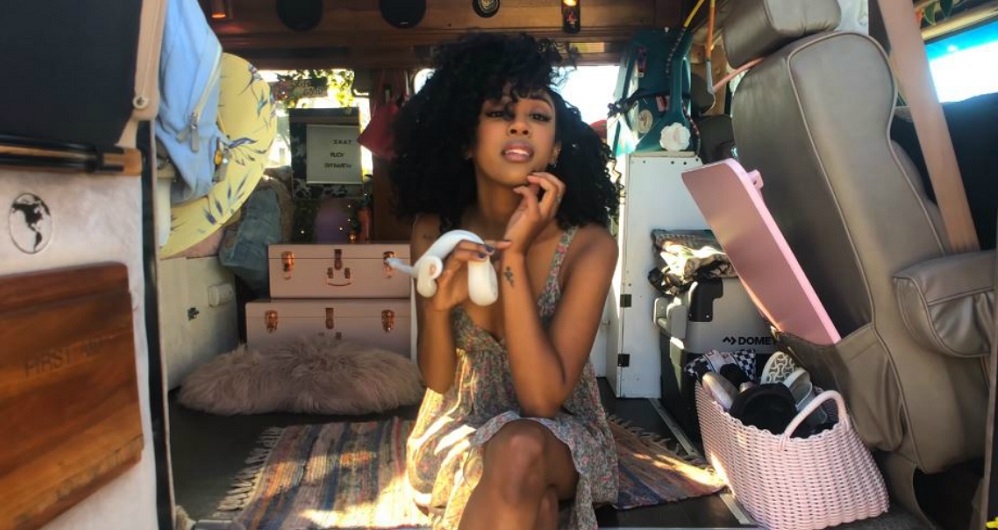 Last week I was carelessly scrolling the YouTube homepage looking for something to watch. In a sea of clickbait, and every possible video YouTube’s algorithm deemed appropriate or interesting to me, I spotted a recommendation: “How I shower living in a van”.

The thumbnail showed a girl wearing a towel and holding a brush in front of a pastel blue-coloured van. If you’ve dwelt before in the muddy waters of van-living, kombucha-drinking, nomadic millennial YouTube creators, you’ve probably asked yourself this question too, so I was interested.

I couldn’t help but notice how many millions of views the video had already (despite only being up for a couple of days), but it was fun and I was instantly hooked on this girl’s personality.

Jennelle Eliana is 20. She lives and works in California with her white pet snake Alfredo. She presents herself in the way that typically appeals to young people: she’s a quirky, dorky girl, a bit goofy, but always with her outfit and makeup on point.

“Easy to understand why she has so many views then. She’s probably YouTube’s new rising star that I know nothing about,” I said to myself while clicking on her channel to see more.

That’s when it all got a bit strange. The video I had just watched was only the second one she had uploaded on her channel—but she had already amassed 1.5 million subscribers, just one month after posting her first ever video in June 2019.

I wasn’t suspicious at first. It’s common these days for Instagram influencers and regular celebrities to open a YouTube channel to get close to their audience and milk that sweet, sweet ad revenue. A remarkable example of this is actor Jack Black’s gaming channel, which acquired one million subscribers just seven days after he started it.

But alas I was wrong again: her Instagram has fewer followers (only around 264k at time of writing) than her YouTube channel; it’s just a sparse collection of photos of her in her hippy van. No food, no friends, no hashtags—until recently, she only followed one account, “jennellesgasmoney”, where she shows off thrifted clothes that she sells on the app Depop.

If you think this is getting weird, you’re not the only one.

In fact, if her comments section is anything to go by, a large proportion of her 23 million total views seem to be made up of people who are equally curious and confused. 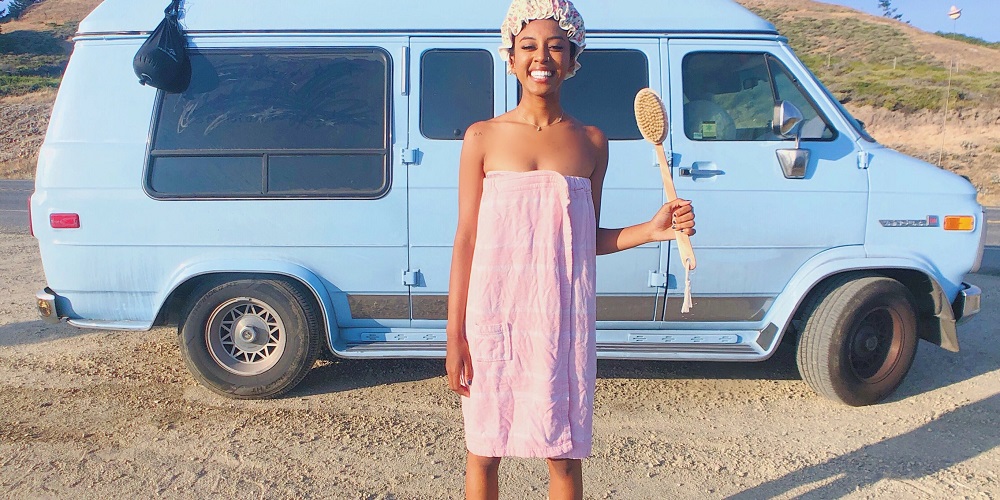 If you’ve ever wondered how to shower in a van, Jennelle can explain.

The average YouTube creator will spend years working on their channel before reaching such a milestone, if they ever even do.

Consider PewDiePie (aka Felix Kjellberg): as of today, he’s YouTube’s most subscribed creator, with 98 million subscribers. Despite his huge popularity from the start, he only got his first million after two years of making videos.

If you’re a new creator, it’s incredibly unlikely that the YouTube algorithm will push you to people’s homepages unless you’re some kind of goofy husky or funny cat.

Many others like me decided to put their best tinfoil hat on and analyse the situation, trying to find a reason for her big, instant success.  Let’s start with the most innocent theory:

Maybe Jennelle is a genius and knew how to play her cards from the start. As creator vidIQ points out, “van lifestyle”, and other kinds of alternative lifestyle videos, are very “in” these days on YouTube, and amass a staggering amount of followers and views.

It’s clear how she uses this keyword in her titles, as well as other increasingly searched keywords like “solo female traveller” and “van tour”.

Maybe this push by YouTube’s algorithm, coupled with genuine public interest in her content, plus incredible luck, brought a massive amount of views and subscribers to her virtual door in no time.

2) This is fake, we’re all being tricked, and nothing is real.

Could this be an elaborate new strategy by YouTube to push the content they want people to see while hiding what is most uncomfortable for them?  YouTube as a platform has had its hardships in the past few years, from the “adpocalypse” to alleged child exploitation content.

Or could this be a very long and elaborate campaign ploy by a brand? The only brand ever mentioned by Jennelle is Depop, an app where you can sell your clothes. Has “Jennelle” been created by Depop as a kind of publicity stunt?

“Fake” channels have a long history on YouTube. Take the case of “lonelygirl15”. Lonelygirl15 was a vlog channel from the early days of the platform in 2006, where a teenage girl talked about her relatable teenage girl life.

Lonelygirl15 (or “Bree”, as her character was called) was in fact one of the first channels to bring sponsored content to the platform, long before ad revenue and the partnership programme were even introduced.

After only a few months of following and admiring and relating to Bree’s life, the truth was uncovered. Bree was an actress and the channel an experiment by two screenwriters.

After everything was uncovered, the channel took a completely different narrative and direction. While it managed to stay alive for two years, it lost audience and slowly disappeared into the deep abyss of the internet. 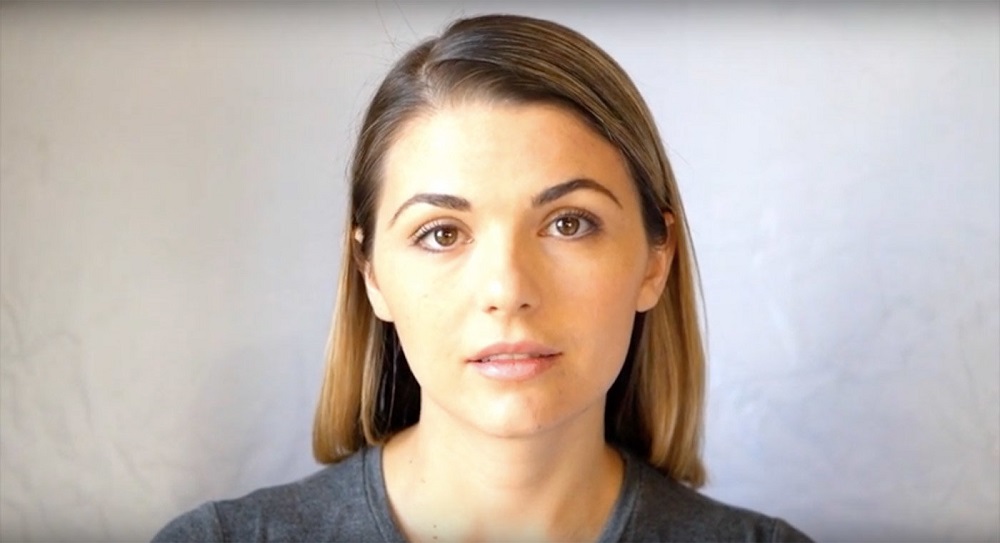 Lonelygirl15, aka Bree, aka actress Jessica Lee Rose, the face of one of the internet’s first web series.

Right now, we don’t have any answers. All we can do is speculate. But if Jennelle is another Bree, and a brand is behind her, one thing is sure: the facade is not going to last long.

Audiences know how social media fame and visibility work. They know that, like everything in life, to get somewhere, you need to come from somewhere first. You need to work, long and hard, to achieve success.

When an audience is faced with a situation like this, no matter how fun, entertaining, good-looking and special Jennelle is, they’re going to doubt everything if they see no actual human interaction or work that got her there.  Whatever platform you’re on, when you get the long-awaited one millionth follower, your audience have been with you for a long time, be it six months or six years. They’ve seen you evolve; they’ve seen the best and the worst of you, and they can relate.

I can’t do that with Jennelle. Even though she’s in the realm of what interests me and lives in a #goals aesthetic van with a cute pet snake, I simply don’t know her.

Her social media profiles are creepily empty; there’s no trace of her life and personality.  She doesn’t appear to hang out with friends, and she doesn’t talk about the food she likes or her broader interests. She doesn’t have a catchphrase or any other quirks.  Her lifestyle looks perfect, almost perfect by design. And that’s why, even though she already has this massive following, it won’t be loyal unless she changes her approach.

Be transparent and honest

If Jennelle has simply been caught up in a totally unprecedented situation through a mixture of content marketing savvy, SEO expertise and pure fluke, then good luck to her—we’ll just have to wait and see how she handles this sudden fame and exposure.

But if the other theory is right, and this is channel is a publicity stunt, there’s one lesson to be learned: transparency and honesty are always key.

In the social media age, we all want engagement and followers, especially if we’re promoting something new, but if no one’s talking about us online, it’s hard to get anywhere.

Influencers are a useful resource, provided they’re managed carefully. They are the man or woman in the middle who help a brand get seen. And even if they’re being paid to promote something, they’re still authentic: they have a story and a trusting, loyal following.

But no matter how good and new and revolutionary their content is, no matter how enviable their life is for the millions of followers they’ve amassed, if there’s no heart and no soul, just pretty pictures or a few empty videos, good luck getting people to stick with you.