Fine Gael’s minority Government, dependent on a Confidence and Supply Agreement with Fianna Fáil, has had the near-constant prospect of a general election hanging over it since its formation in May 2016.

In the past year, we’ve seen numerous key policy issues threaten the arrangement between Fine Gael and Fianna Fáil. This summer alone, the appointment of the Attorney General Máire Whelan and the Judicial Appointments Bill saw Fianna Fáil draw close to pulling its support for new Taoiseach Leo Varadkar’s Government.

With Budget 2018 on the horizon, any divergence between the parties on budgetary allocations makes Government collapse a real possibility. Key issues to watch for will be cuts to the USC rate, extending mortgage interest relief, and increases to the old age pension.

This instability means that political parties and Independent TDs will be paying close attention to the lay of the land on a constituency level, particularly where changes to constituency boundaries could affect their key centres of electoral support.

The Constituency Commission, established to review and revise constituency boundaries after the 2016 Census results, has made a number of recommended changes. These may prove of vital importance in the next election.

The Constituency Commission has increased the number of 4 and 5-seat constituencies, which may make it easier for smaller parties to take the fourth or fifth seat after established candidates from the larger parties have regained theirs.

Breakdown of Seat Changes by Constituency:

Kildare South will gain a seat, increasing to a 4-seat constituency. 7,892 of Kildare population currently encompassed by the existing Laois constituency will return to Kildare South. A further 9,450 from Laois, 2,404 from Offaly and 3,226 from Kildare North will also transfer.

The counties of Laois and Offaly will be joined to form a single 5-seat constituency.  This necessitates a transfer of 11,954 population to Kildare South. 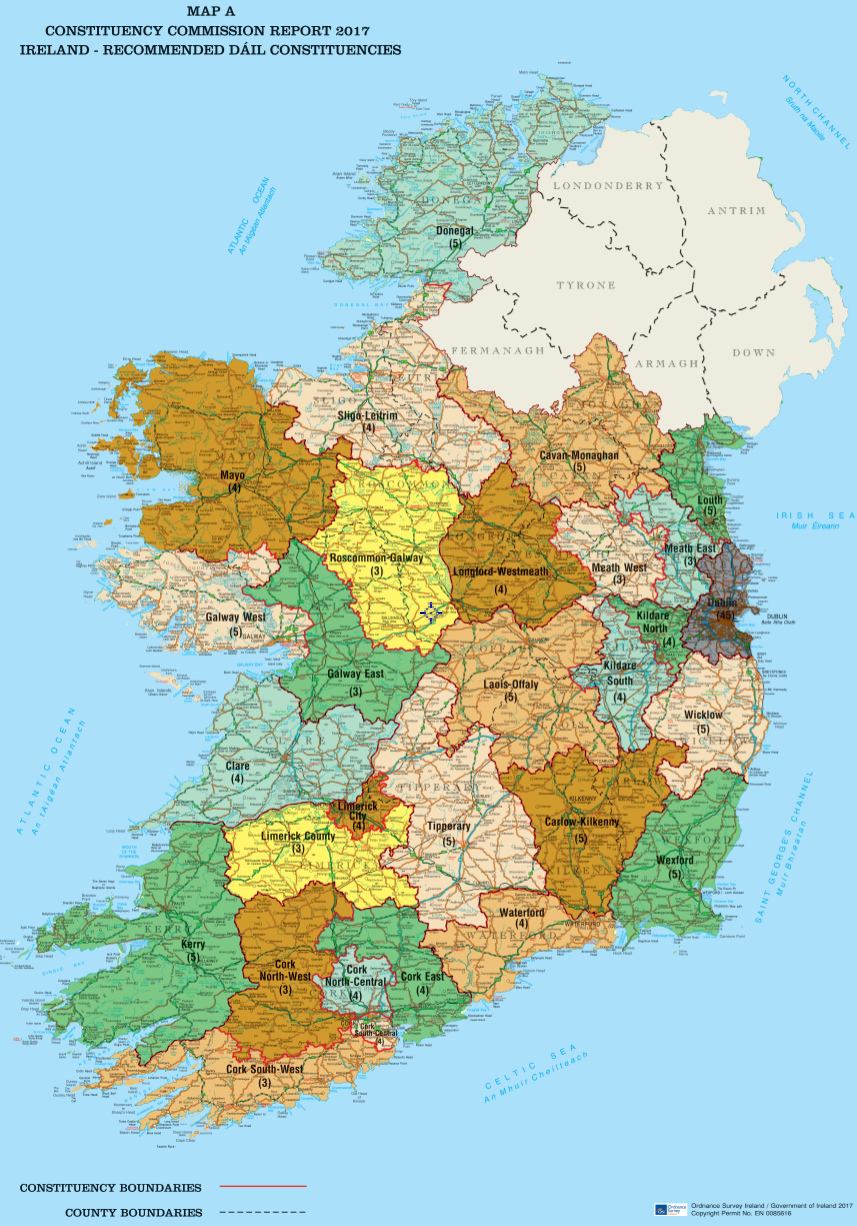