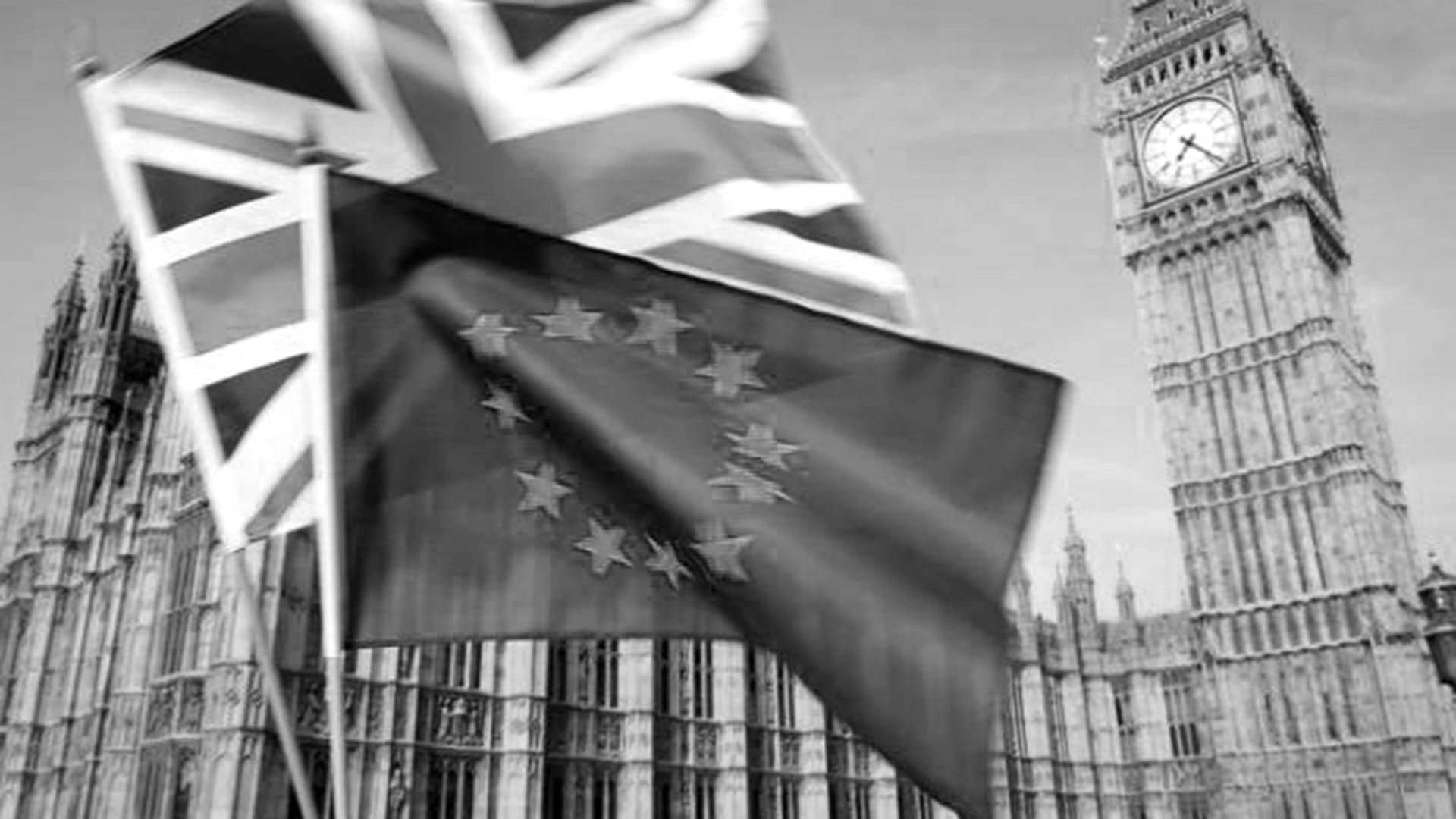 86% against border controls between RoI and NI;

36% more likely to shop across the border following Brexit;

The first national poll of Irish sentiment on the Brexit referendum result shows a clear majority believe it will have a negative impact on the Irish economy, most feel Europe is more important to Ireland than the UK, while an overwhelming majority are against border controls between North and South.

The poll, commissioned by public relations firm PR360, measured Brexit sentiment among a representative sample of 1,000 people living in Ireland and was undertaken on Wednesday this week by Amárach Research.

Findings indicate that the Brexit outcome is generating nervousness about the Irish economy and strong pro-European public sentiment.

On the Irish economy, PR360’s Brexit poll’s findings include:

When asked what impact Brexit will have on the Irish economy, 56% said it will have a negative effect,
30% believe Brexit is an opportunity for Ireland, with 45% seeing it as a threat.
On Republic of Ireland / Northern Ireland matters:

86% are against the introduction of border controls between north and south;
36% of those polled said they are more likely to shop across the border or in the UK, with 60% saying it makes no difference to their shopping habits;
33% believe a UK exit from the EU makes a united Ireland more likely, 14% less likely, with 39% saying it will make no difference.
Irish attitudes towards Europe were notably positive:

77% see Ireland’s membership of the EU as a positive;
If a referendum on EU membership were held in Ireland, 80% would vote remain, 13% leave with 7% undecided;
Similar to the UK, there is a notable variance in attitudes between younger and older people, with 18-24 year olds more pro-European than those over 55;
When asked who is more important to Ireland, Europe or the UK, 62% said Europe, 25% UK, with 13% undecided;
Commenting on its Brexit poll, Dan Pender, Managing Director, PR360 said:
‘Friday’s Brexit result has generated unprecedented business, political and public reaction, giving rise to more questions than answers. PR360’s poll offers the first quantified snapshot of public sentiment, and an early insight into people’s thinking on what the result may mean.

‘The two most striking indicators are economic nervousness and pro-European sentiment.

‘Over half of those polled believing the result will have a negative economic impact. Over one-third said they are more likely to shop across the border post Brexit. This suggests an uncertain period, which is never good for business. It will be interesting to track consumer behaviour, company performances and Exchequer returns over the second half of the year.

‘Pro-European sentiment is a striking finding from this research. In a week which has seen the EU jolted like never before, Irish people are clearly of the view that Europe is and remains important.  This pro-European sentiment may be in part attributable to the sharp refocus on the benefits of EU membership in the immediate aftermath of the referendum result.’

Commenting on the Ireland UK related findings, Pender said:
‘The economic links between the two islands are crucial, yet 62% of those polled see the EU, not the UK as more important to Ireland. This finding will likely cause concern for many businesses and suggests a potential disconnect in understanding of these trading links amongst the general public, particularly when you consider that over €1 billion is traded each week between Ireland and the UK.

‘It is important to remember that we are only a week into this new post-Brexit reality and the situation remains very fluid.  There may be a certain degree of negativity toward the UK and the many unknowns we now face, however we will all soon acclimatise to this new reality and the business community will be the first to identify opportunities in the resulting shake-up.’ 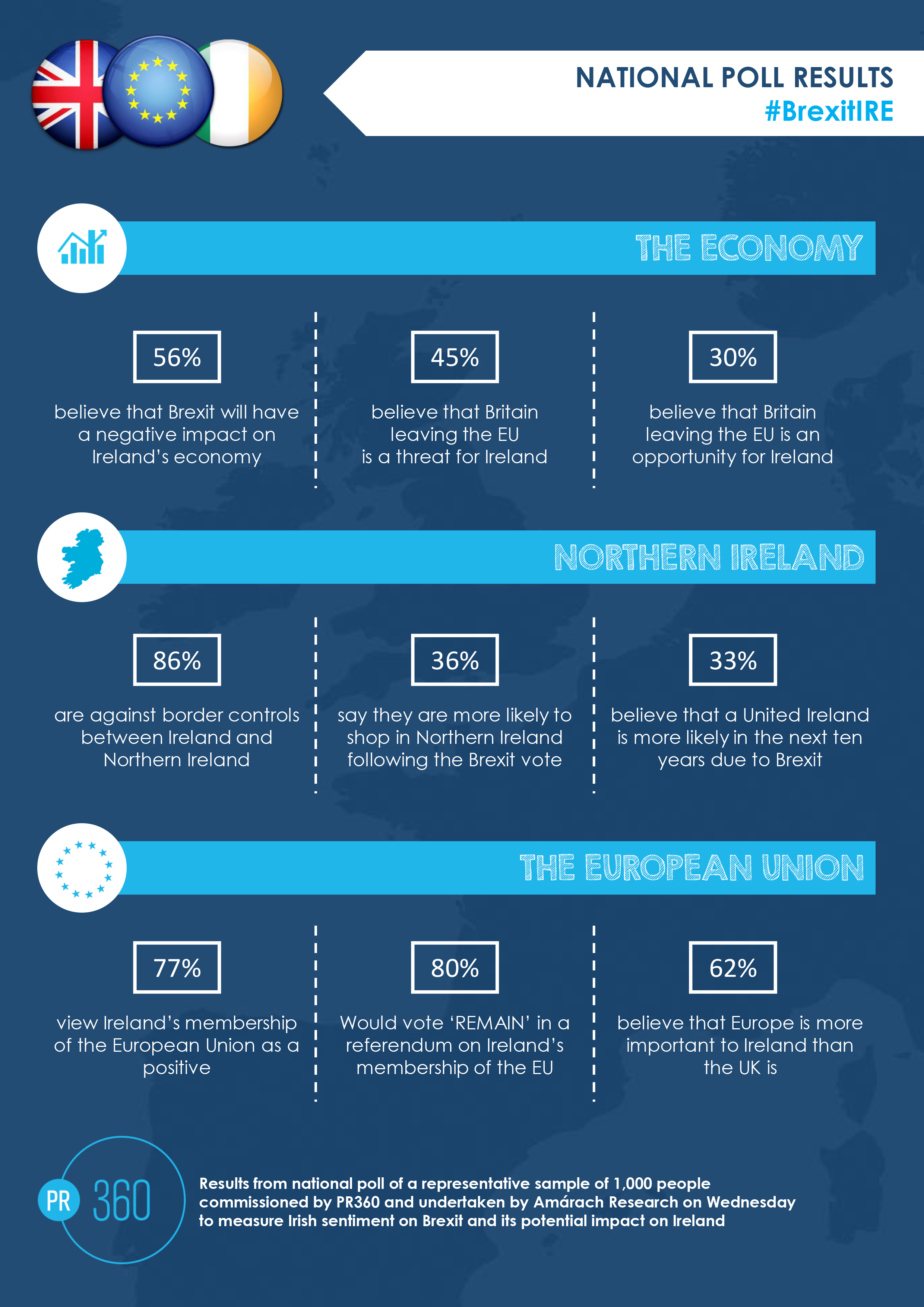