Social butterflies, political swingers, and the death of an icon: the year that was

The final weeks of the decade are upon us. In a two-part series of articles, PR360’s leadership team review the biggest communications moments of 2019 and predict the themes, trends, and technologies that will shape 2020.

Read part one — Brexit deadlock, WeWork chaos, and Wagatha Christie: the year that was 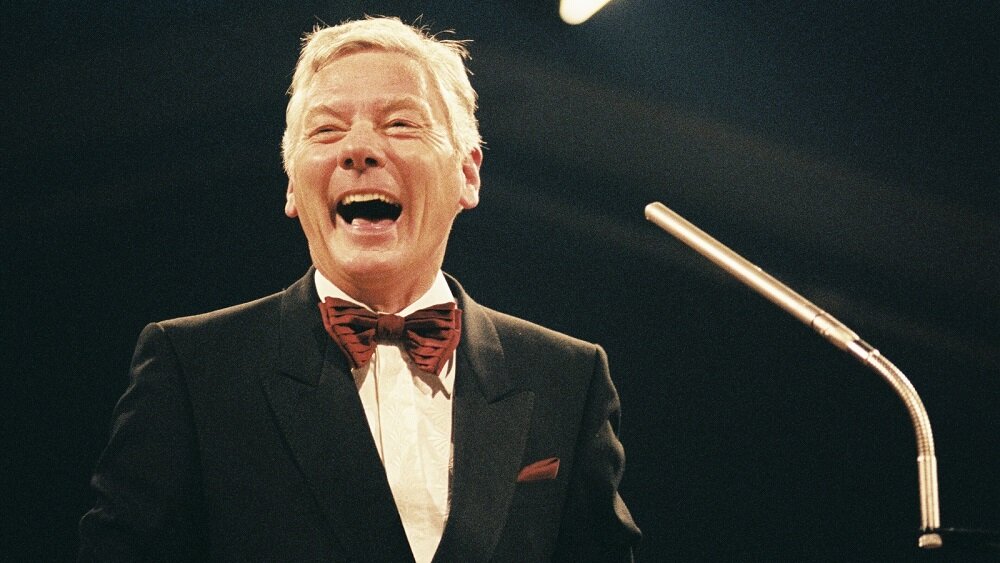 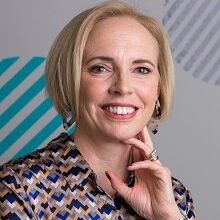 A broadcaster in turmoil

The death of legendary Irish broadcaster Gay Byrne was a landmark moment in Irish life.

For decades, Byrne was a familiar voice in my home, emanating from the radio in the corner of our kitchen. His show’s well-known jingle marked the start of my mother’s mid-morning routine, when we had all been packed off to school and she went about her day. His broadcasting style was so engaging that I used to think that he actually knew my mother and was speaking only to her.

The connection I felt to RTÉ became a little more personal later in my life when I married one of its reporters.

News of Byrne’s death came in the same week that RTÉ’s financial woes were laid bare. Following a scoop by The Irish Times, their director general, Dee Forbes, was forced to go public and outline how the broadcaster planned to reduce costs by €60 million over three years.

RTÉ, as a news organisation, should have preempted the leaking of the story. The fact that it didn’t was a major error and compounded the crisis. Caught on the back foot, its solution was to explain why it was in its financial predicament, rather than focus on solutions.

Not only that, RTÉ’s failure to read the mood of its employees was an internal communications blunder. The news was greeted with shock and dismay by many staff, some of whom called for significant pay cuts for the broadcaster’s top earners.

This led to internal unrest, even though it became clear that RTÉ’s financial woes would not be hugely impacted by high earners taking extreme pay cuts. Forbes failed to engage.

The Late Late Show tribute to Byrne, broadcast that same week, worthy as it was, only served to highlight the gap between the national broadcaster and the general public. The organisation has a huge problem reaching younger generations.

RTÉ’s blind spot has been its failure to spot changes and opportunities in modern media. When it has, its reaction has been to do more of the same, rather than address the Netflix-sized elephant in the room.

The future of RTÉ 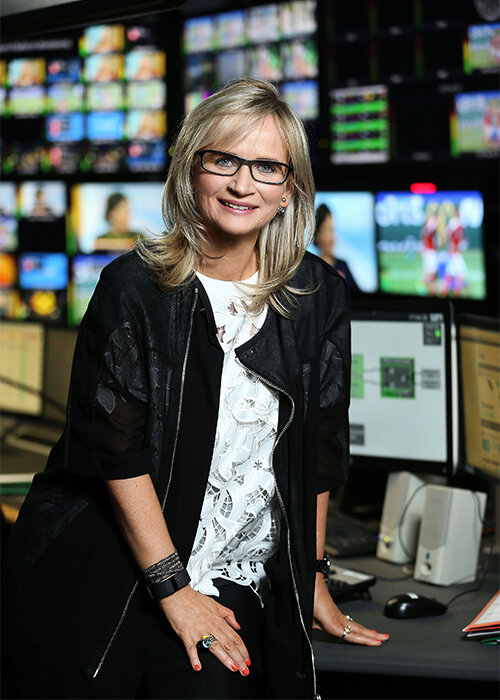 2020 could be a defining year for RTÉ—but only if it hits the reset button. This week, it received a fillip when the government announced it will allocate RTÉ an additional €10 million funding per year.

The newly announced Commission on the Future of Irish Public Service Broadcasting (which, tellingly, reports to the Taoiseach rather than the government line minister) will be published in September.

The time between now and then provides RTÉ leadership a window to shape the Commission’s agenda and influence the contributions and recommendations its panel makes.

Dee Forbes and the RTÉ board should use 2020 to clearly articulate and define their vision for a more empowered and relevant broadcasting organisation. They should define the narrative, rather than having it defined or redefined by the Government (as was the case with the cost-cutting relocation of Lyric FM, which they had to pause just this week).

Instead of talking about problems, RTÉ must bring forward solutions. For example, everyone, even RTÉ itself, is underwhelmed by its online services, like the RTÉ Player. Give meaningful, impactful insight into what it can be done with the right investment.

The RTÉ crisis has been building for many years; it is not solely Dee Forbes’ responsibility. However, heavy weighs the crown. With the right strategy, supported by impactful tactics, she can be the person who guides RTÉ out of this difficult situation. 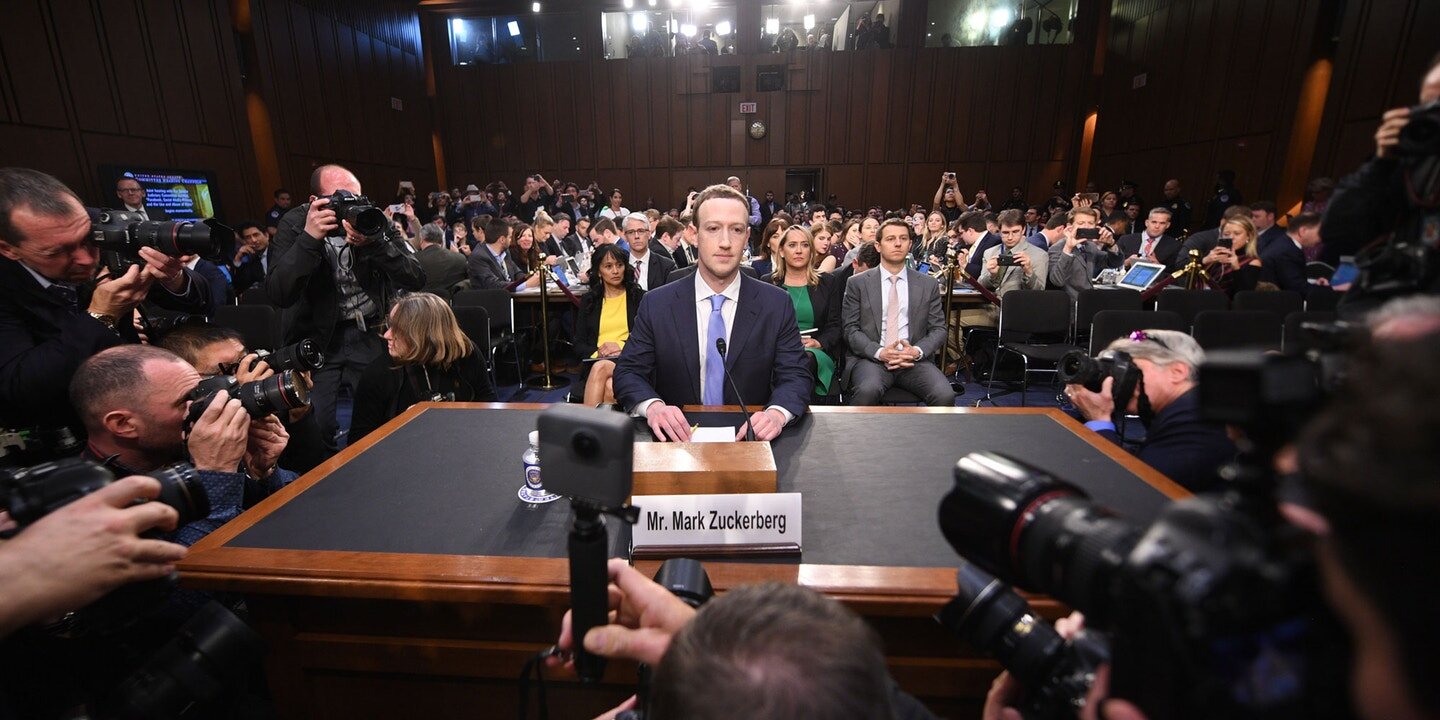 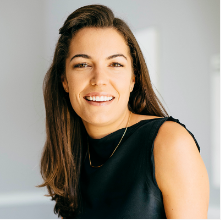 The social media giants we all know (and maybe, grudgingly, love) can seem invincible. What was life like before we started checking social media notifications? Can we imagine a world without Facebook, WhatsApp, Messenger, Instagram, Twitter, or even Linkedin? We forget that it was only really at the beginning of this decade that the full effects and potential of social media were felt and understood by consumers and businesses.

But despite their still lofty positions, in 2019, these pioneering internet companies began to sweat.

The tech landscape is changing. Cynicism has crept into the public mindset. Zuckerberg and Dorsey are no longer the poster children for a tech utopia; now they’re viewed as overly powerful and overly unaccountable.

To many, data is a scary word, especially post-Cambridge Analytica. Now there are more questions than answers: How much data have I created over the last ten years? Who owns it? Who’s using it? And can I ever take it back?

Meanwhile, insurgent social and digital platforms, promising something novel or improved, are quietly stealing users and their revenue-generating potential away from the established players.

Changing with the times

Twitter, in an attempt to shake off accusations of bias and its inflated role in elections and voting, banned all political advertising in November.

Instagram has trialled ‘like hiding’ to remove the pressure of social media popularity. LinkedIn opened its API for the first time for optimised reporting.

YouTube, having lost viewers to streaming platform Twitch, and following an exodus of creators after a mass demonetisation campaign, is pushing its newer subscription service, YouTube Premium, to secure its revenue stream.

In 2009, Facebook and Twitter were about sharing photos and updates with friends and family. They were less serious, more personal places. In 2019, these channels are digital marketing platforms; they’re about businesses, brands, and politicians.

Traditional media like email and SMS, which some declared ‘over’ after the rise of social media, again seem like the safest, most ‘personal’ ways to stay in touch.

While we might not be happy with this change, this is the new reality of social media.

Users are cynical. They know how social works and how their data is used to inform advertising and marketing. Convincing them to stand by your cause is harder than ever, especially when everyone is clamouring for their attention.

Pinning them down isn’t easy, either. Because users are now so spread out over platforms, creating entirely bespoke campaigns for Facebook, Twitter, LinkedIn, TikTok, Snapchat, Instagram, Tinder, or Grindr is now not only immensely resource-intensive, it has a lower return on investment.

In fact, uniformity is beneficial, and not just across social. Because user attention is so limited, organisations can only achieve cross-platform cut-through once they have a single, strong message that’s communicated externally and internally, online, in print, and through broadcast, in writing, in video, in graphics, and on the airwaves.

When developing omni-channel strategies for 2020, remember this: people won’t necessarily remember you, but they will remember how you made them feel. Make a connection with your audience and be honest about your relationship with them—if your brand were a Tinder profile, make sure people would swipe right! 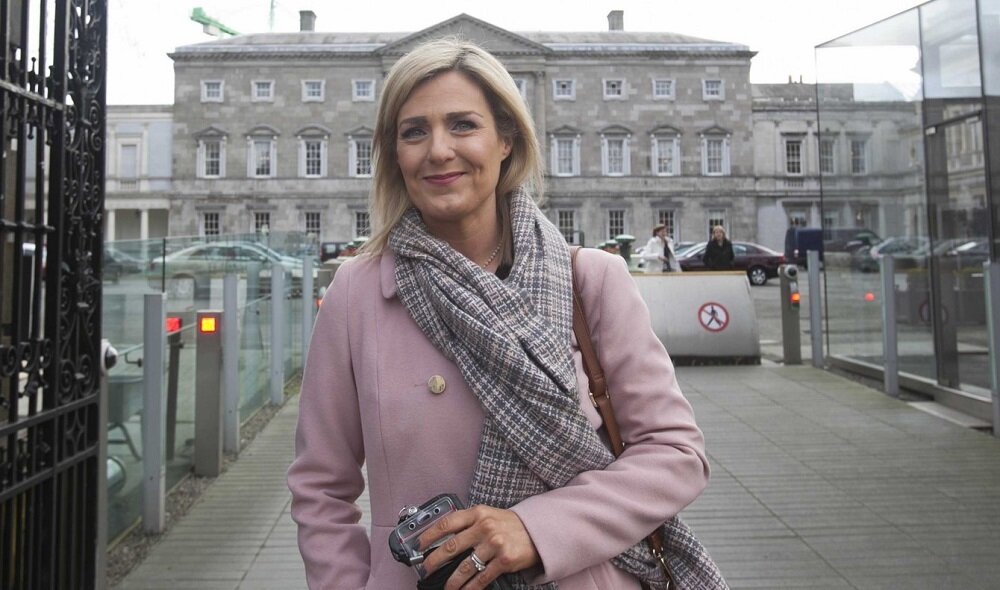 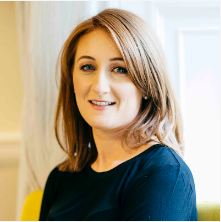 A series of unfortunate interviews

In the face of grave public scrutiny and intense media reporting, it’s only natural to want to set the record straight and explain your side of the story.

Having been in the spotlight following the negative publicity that resulted from her decision to pursue (and later withdraw) a personal injury claim against a Dublin hotel, she made the decision to manage, and defend, her reputation. She agreed to a live interview on RTÉ’s Today with Sean O’Rourke programme, in an attempt to defuse the controversy and story.

What transpired only made matters worse. Following an on-air interrogation, conducted by one of Ireland’s foremost broadcast journalists, the interview, regrettably, caused her enormous damage, reputationally and politically.

The decision to do a media interview should always be carefully considered. In a time of crisis, every action and reaction matters. Exercising strong judgement, and an understanding of what you should say and how you need to say it, is fundamental.

Bailey’s grilling gave the story traction, reintroducing it to the public domain. Because there was interest and the full sequence of events was unknown, more questions were raised.

Before an interview, you need to ask yourself this: will further probing questions be raised anyway or will they only be raised because of an interview? In Maria Bailey’s case, it’s likely that her story would have petered out if she hadn’t gone on air.

The interview came at a time when the insurance industry was in the spotlight and a clampdown on our so-called ‘compensation culture’ was a government priority. Before an interview, it’s important to be aware of the stories of the day and how they may influence or dictate the questioning and tone. 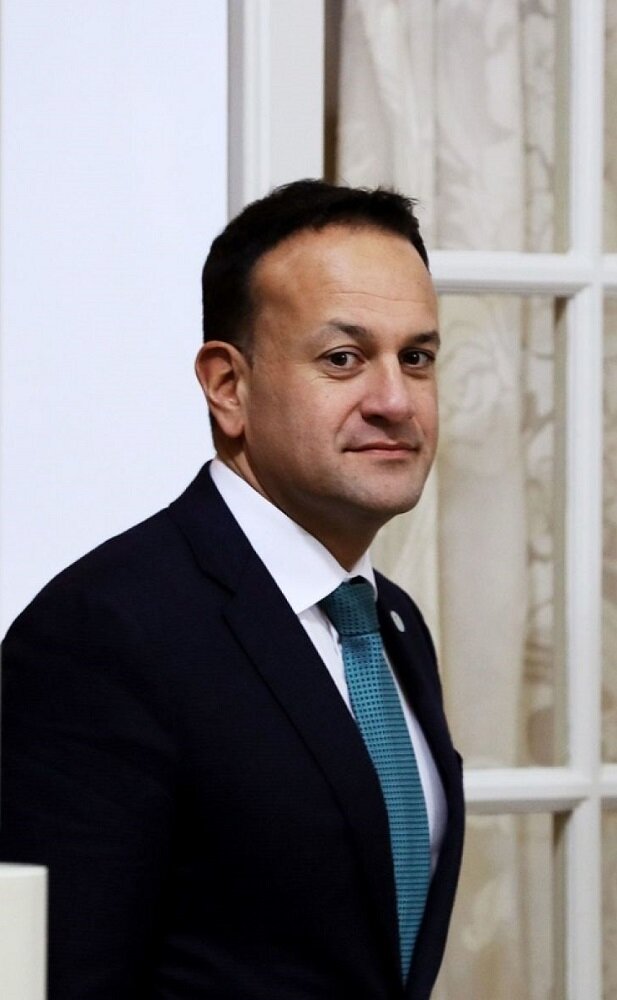 Maria Bailey’s unfortunate and now infamous interview was one of those moments that slowed time to an excruciating pace; every second was uncomfortable yet irresistible. It was a lesson in the importance of strategic communications and sound judgement and advice. The fallout was avoidable.

Prepare for a showdown

When you are in the public eye, you are always at the mercy of public scrutiny.

It’s your preparedness to be aware of the risks, the action you take or don’t take, and your ability to deal with the consequences and communicate effectively that will ultimately decide the fate of your career or business.

As Kevin Doyle suggests: “There are two types of story: ones that are in the public interest and ones that interest the public.” The Maria Bailey saga fell within both.

2020 will see even more intensive scrutiny of those that represent the politics and businesses we engage with. With an election looming next year, the focus will turn to our political leaders and which parties make up the next government.

As citizens, employees, and consumers, we have high standards. We want those that represent us to share our values and act. We want those we work for to meet our expectations. We want the brands we engage with to have impact.

This challenges everyone in the public eye; reputation management is central, and an intelligent communications strategy steeped in insight and executed with strong judgment will deliver and resonate.

Read part one — Brexit deadlock, WeWork chaos, and Wagatha Christie: the year that was