Brexit deadlock, WeWork chaos, and Wagatha Christie: the year that was

The final weeks of the decade are upon us. In a two-part series of articles, The Year That Was, PR360’s leadership team review the biggest communications moments of 2019 and predict the themes, trends, and technologies that will shape 2020.

Read part two — Social butterflies, political swingers, and the death of an icon: the year that was. 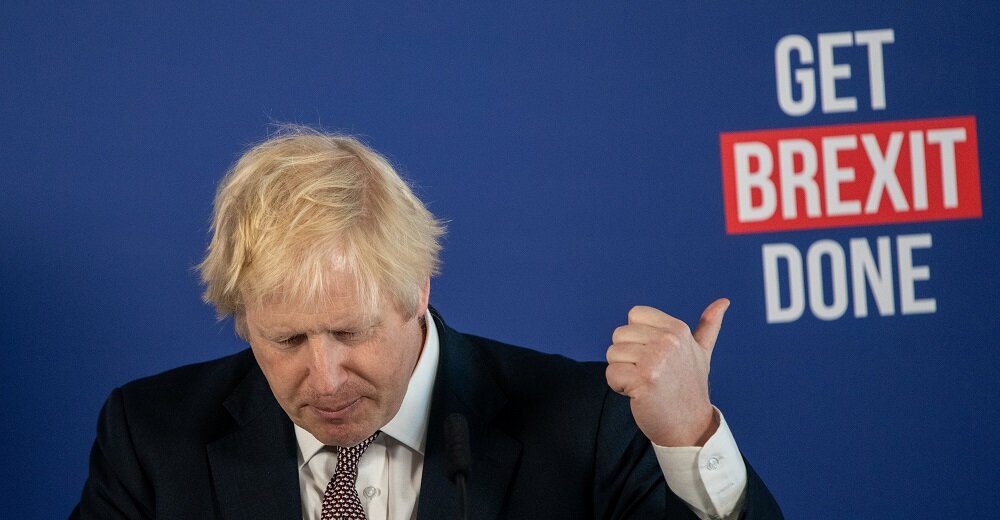 As we hurtle toward the end of 2019, the political issue of the year was unquestionably Brexit. In March, the nation was in a state of high alert—a red wind warning—as we prepared for a UK crash-out. It never happened.

The end came for Theresa May instead. Boris Johnson stepped in. Again we waited for Brexit to happen on 31 October, and again it didn’t occur. Instead, we now have a potential deal on the table with an end date of 31 January. First, however, there is a general election to be decided.

While Brexit may have been to the fore in 2019, there is now clear Brexit fatigue, even boredom, born of weariness of many false dawns.

Life inevitably moves on, and as we enter the new year, 2020 will bring new political realities beyond the UK’s EU departure.

The consequences from the UK election on 12 December; the wait for and impact of the Irish one, due anytime between now and May; and the build-up to and outcome of the US election on 5 November will all prove pivotal for this country.

In the UK, while the results of the election will be known late tomorrow, its implications will reverberate well into 2020. At time of writing, the Tories are significantly ahead of Labour, making it more likely that Boris Johnson’s existing Brexit proposal will be pushed through.

Negotiating the follow-on Withdrawal Agreement will be an even bigger affair.  Trade, foreign policy, and security between the EU and UK after 46 years of shared existence will not be easy to disentangle and reconstruct. Agreement among the remaining 26 EU states and, then, with the UK will be an even more mammoth task than agreeing Brexit.

Ireland goes to the polls

Here, the withdrawal agreement will form the backdrop to our own general election, but national issues will be the real flashpoints.

Last month’s by-elections will have given Fine Gael much pause for thought. While by-elections are rarely won by the governing party, the fact that it lost all four will be worrying. In parallel, others like Fianna Fáil and the Greens will face into the general election with an optimistic stride in their step.

It is, however, still too close to call. Based on current polls, both Fine Gael and Fianna Fáil have a chance to lead government. Smaller parties and transfer patterns will be critical. Don’t be surprised to see both big parties doing some political courting in the months ahead.

While Ireland has largely escaped the excesses of Trump’s economic policies, particularly its drive to bring US multinationals back home and its trade wars with the EU (some dairy products apart), this can’t be guaranteed under a second Trump administration.

With a second term in office secured and effectively nothing to lose, Trump’s economic policy could become more hard-line and insular. Ireland could be in the direct line of fire from greater US economic isolationism.

A Democratic Party win and its impact on Ireland is equally hard to assess. A Joe Biden Presidency would be good news for Ireland, whereas Elizabeth Warren in the White House would have significant implications for tech companies here given her radical proposals to break them up.

For those election all-nighters who feed off the strategies, the opinion polls, the speeches, the debates, and the winners and losers, 2020 is going to be epic. 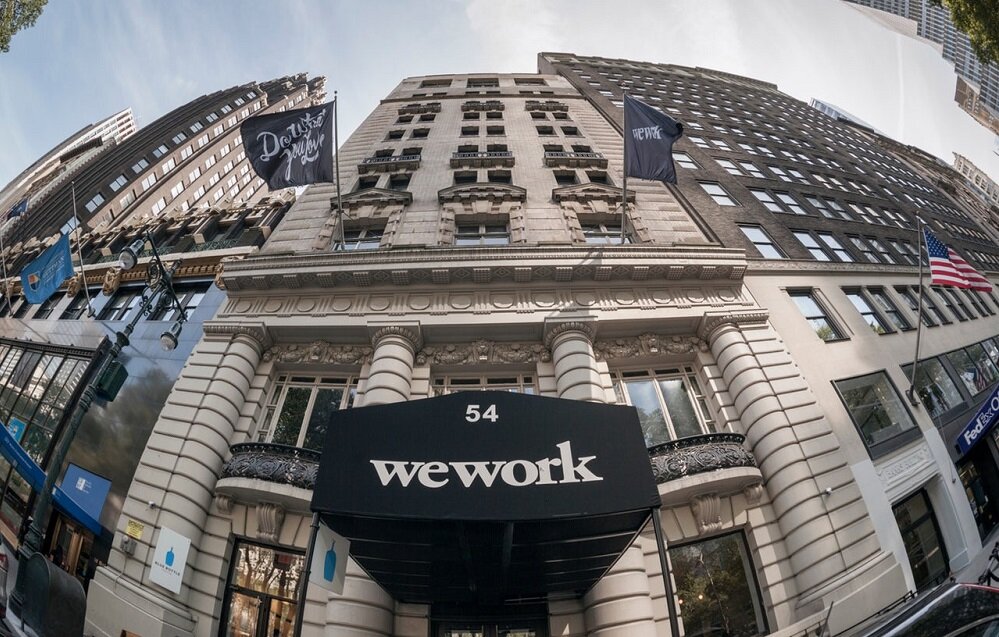 Boasting a projected valuation of $48 billion, the much vaunted ‘space-as-a-service’ company WeWork started 2019 as one of the world’s fastest growing tech start-ups, one capable of “elevating the world’s consciousness”, according to its eccentric (and now former) CEO Adam Neumann.

However, somewhere over the summer months, things took a turn. The investor community was spooked, which resulted in an abandoned IPO, a downward revised valuation to $8 billion, Neumann’s resignation, and news of 2,400 workers being laid off and an additional 1,000 roles being outsourced. In Dublin alone, it is understood to have backed out of three major property deals since news of the global jobs losses.

In effect, the investment community, wise to a summer of underwhelming tech IPOs including Uber and Lyft, came to the realisation that the infectious tech start-up philosophy of ‘growth over profit’ no longer cut it with the money men.

What is a tech company?

While the repercussions of this misjudged campaign narrative are still being untangled, the failed IPO has given rise to the questions of what a tech company actually is and why so many corporates want to be viewed through this lens.

WeWork is not, and never was, a tech company. Instead, it is a commercial property business that subdivides glossy office space on short-term leases. In the same breath, Uber is a global taxi firm and Deliveroo is a food delivery service. In other words, tech is something they use, not something they are.

However, from the outset, these companies’ leaders have sought to convince us otherwise. In WeWork’s case, Neumann nearly pulled it off (in the company’s investment papers alone, ‘tech’ is cited 123 times).

The obvious rationale behind this carefully crafted narrative is that ‘tech company’ means ‘tech valuation’ and a potential for exponential growth, representing an endgame clearly more desirable than the typical boom-and-bust nature of the commercial property industry.

Valuations driven by numbers and narratives

IPOs are driven by numbers, but also by narrative, and in Neumann, WeWork had a leader with a flair for the latter. However, the empire-building, fail-quickly disruptor language of recent years was by September 2019 no longer fit for purpose.

Post-Cambridge Analytica, tech is no longer simply a byword for cool; today the tag comes with baggage. By extension, cult of personality CEOs have lost some of their magnetism. Many of tech’s biggest players are still playing catch-up with this new worldview, and WeWork was one company that failed to see this changing zeitgeist.

Lessons for Airbnb and Deliveroo

In the coming months, attentions will turn to a new array of highly anticipated ‘tech’ IPOs, including Deliveroo and Airbnb.

Both ‘start-ups’ have stuttered through their own controversies, and we may see more measured, tone-sensitive narratives leaning less on the exuberant tech-speak of growth and disruption and instead anchored in the more sober language of corporate governance, data protection, and profitability (and an environmentally sustainable profit as that). Less heady times may lie ahead. 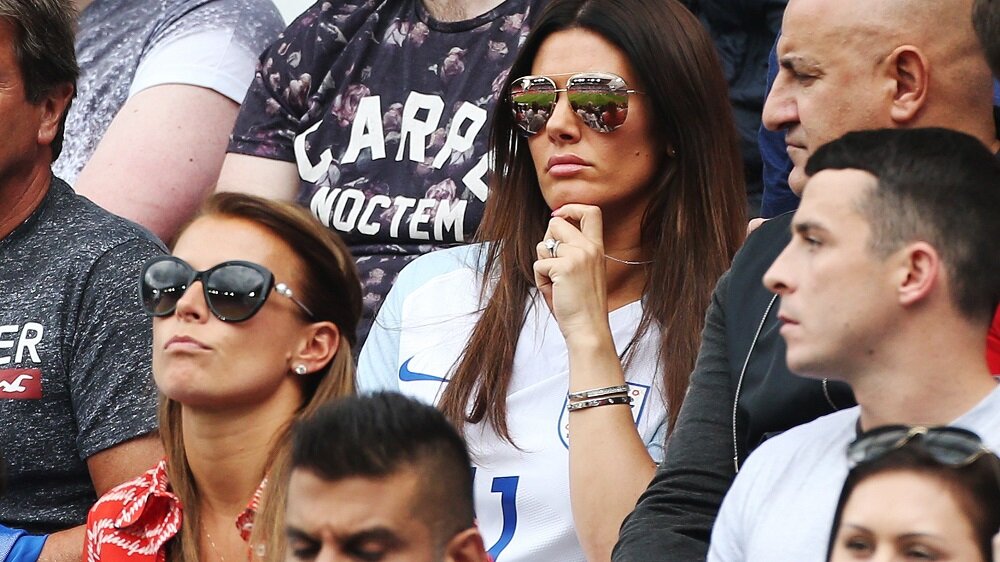 If you haven’t yet discussed the case of Wagatha Christie around the office water cooler, over a WhatsApp group, or at a dining room table, firstly, where have you been? And secondly, there’s still time!

At the start of the year, football WAG Coleen Rooney tweeted that she was concerned that someone within her private network was leaking personal stories to media.

Months later, after conducting her own private investigation that would have made the amateur sleuths in the Mystery Machine proud, Mrs Rooney demasked the villain in the ultimate ‘whodunit’ moment.

In a lot of respects, it followed the same process of a well-executed communications campaign, and here’s why.

Mrs Rooney had a clear problem. Somehow, stories that she was posting on her private social channels were ending up in tabloid papers and magazines without her consent.

Step 2. Establish the facts and gather as much supporting intel and research as possible.

This wasn’t a rash decision, nor was it a long, drawn-out battle played out on social media with wild, ill-judged accusations being fired at will in every direction. Rather, considerable time was spent gathering data, evidence, and conducting research that would form the basis of the eventual campaign and amateur investigation.

Having a hunch is one thing, but challenging your own confirmation bias is a key component of any communications strategy.

It’s not enough to simply assume; a strong campaign needs to be grounded in evidence and proof-points. While not everyone may agree with the resulting tactics, they can’t argue against the foundations that the overall campaign is built on.

Again, this wasn’t a short-term, rush-of-blood-to-the-head moment. Rather, it was played out over a number of months.

In such circumstances, individuals and brands are often faced with moments of doubt. Will the campaign achieve the stated goals and objectives? Does the approach support the eventual outcome?

Particularly in crisis situations, the human spirit naturally drifts towards fight-or-flight mode. The most difficult moment is often having the confidence to trust in your strategy and back yourself.

It was a bold strategy, for sure, but Coleen trusted in the process and in the outcome she would ultimately achieve.

The final piece of any puzzle is the end output and how this is executed. Decisions must be made as to what communication platforms will be most effective to communicate the overarching campaign message and reach the target audience with maximum cut-through.

Rooney chose to control the narrative and used her own social channels—ironically, those same channels that were being used against her—to de-mask this story’s villain.

The scene was set. The audience was captivated.

The villain was revealed. Cue shocked gasps, raised eyebrows, and scrambling from the other side.

For those with less than a passing interest in pop or celebrity culture, this was juicy stuff.

Of course, it could and should have been managed outside of the public arena and I am in no way condoning the use of social media for such public spats. It also lends itself to the much bigger argument around how social media is being used; personalities like Rooney should be aware of the influence they have as role models.

But for one short moment, Wagatha Christie was a welcome and much-needed tonic to Brexit dreariness, the Trump presidency, and political issues at home. Hopefully 2020 creates similar moments of respite.

Read part two — Social butterflies, political swingers, and the death of an icon: the year that was.