After all of the political upheaval of 2016 and uncertainty at play both domestically and internationally, Budget 2017 followed a distinctly familiar pattern of recent budgetary cycles.  There was some kite-flying, ‘difficult negotiations’, and in the last few days before budget day, so many leaks there was little left to be announced.

All of these leaks led to most papers on the morning of the budget producing it in full, before many TDs had it to hand in the Dáil chamber.  This led to a cacophony of commentary from first thing in the morning, with both online and traditional media outlets reacting to budgetary announcements that hadn’t been formally announced.

This is a long way from when Ireland’s EU Commissioner Phil Hogan had to resign as a Junior Finance Minister in 1995 for his office leaking parts of the budget.

When so much commentary is available it becomes increasingly difficult to get your message out.  Timing is crucial as can be evidenced from Savills’ speedy reaction to the announcement of the Help-to-Buy scheme, stating that it will make homes “less affordable”.

This is an example of managing to cut through the noise of budget day by delivering an apt and concise perspective on an issue pertinent to your business objectives.

On a day like budget day, the media helps to create a massive event that will most likely reach every household in the country and provides an opportunity for everyone to become a commentator. 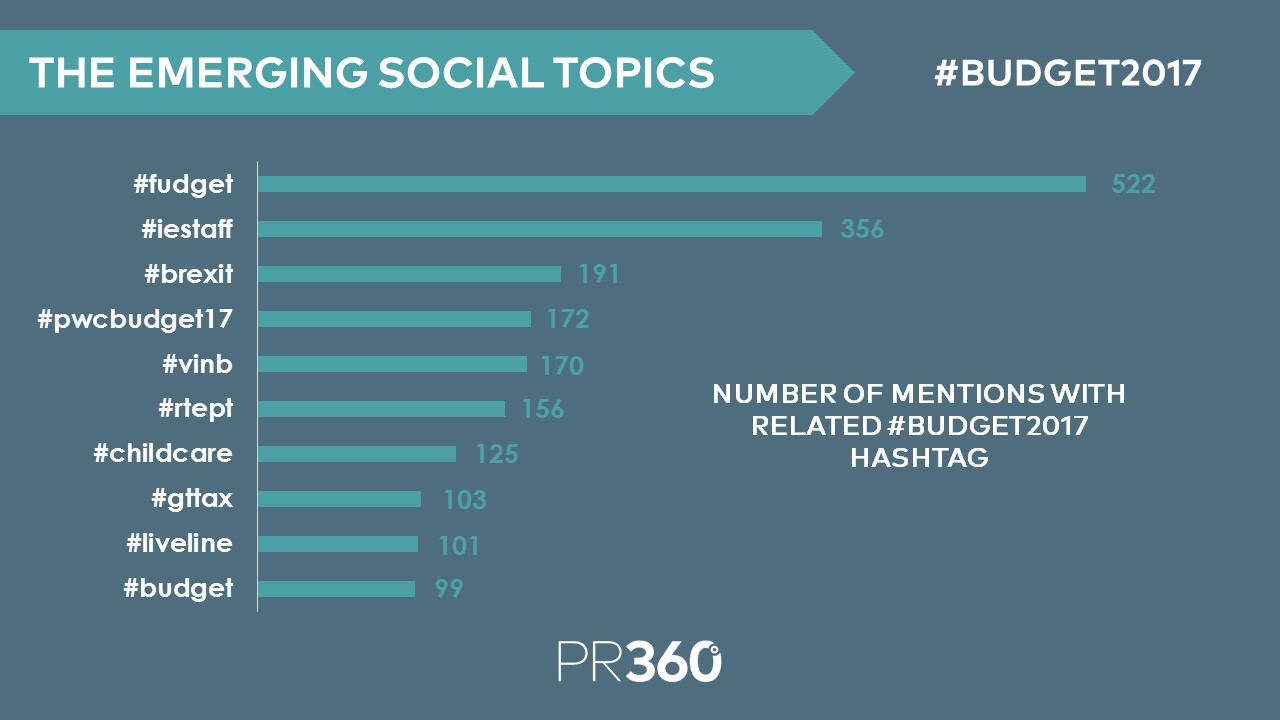 It is imperative for these groups to get their message right, along with timing and where they target, in order to see the full potential of the commentary among their target audience.

In many ways, the days of giving reaction to the budget after considered thought appear to be over. Organisations must be able to anticipate and have their reactions ready to go as the budget is announced. Failing that, they must be able to spot an angle that others may have missed and deliver it to the right audiences in order to maximise the consumption of their message.

Most impactful tweets of the day #Budget2017

Another €500m to health – one of the most expensive on earth already but rated close to bottom in OECD. Need to fix the system. #Budget2017

Daft.ie will be busy changing cost of new homes on website as they have just gone up by 20%. Hard luck first time buyers . #Budget2017